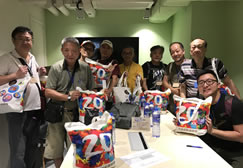 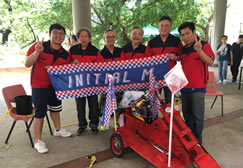 Quote from the winner

The Life Workshop has been established since 2004. We believe that the over-emphasis on economic development and social homogeneity are the main causes of the social problems nowadays. The uniqueness of people and the diversity of living have been denied. It was against such a background that the “Unleash Men's Power - Men's Community Networking” project came into being.

The project re-connected a group of male adults and established a relationship of brotherhood. Through exploring and developing the talents of various male adults, the project finally succeeded in building up platforms with cross-sectoral and cross-generational networks, namely the “the men’s social service volunteer network” and “backstage and props making network”. We would like to express our deepest gratitude to our strategic NGO and Art collaborators for contributing to the sustained development of these two networks which have allowed men to make use of their talents and enhanced community networking.

With the support from the CIIF, we have successfully built up social capital from a gender perspective with focus on the needs of men. In the long run, we hope that our project can become a useful reference for others to build up social capital. Hence, men can become a possible impetus for promoting social capital and continue to contribute their talents and strengths to the community.

Last but not least, we would like to express our gratitude to our brothers who have joined this project. Without your concerted efforts and selfless contributions, the project could not have created such an effective mutual help network in the community. The effort from the brotherhood has developed proper understanding and positive impression about men in the community. It is all of you who have made our community a place filled with love and care from men’s “power”!