Recognise all-round excellence CIIF funded-projects which achieve overall satisfactory results, these include the effective establishment of social capital network, development of innovative ideas and promotion of social capital messages, etc. All these are verified as effective, through objective evaluation, successful knowledge transfer for mainstreaming, as well as making sustainable development of the social capital outcomes possible.

The House Captain system has been innovated by the project. Mutual aid committees and local residents are mobilised to act as House Captains. 42 Caring Organisations and 65 Caring Merchants are identified on the merit of their active participation in the project. The Community Caring Shop is also established to promote the integration between residents of public estates and private housing. To continuously promote the spirit of mutual help in the community, the second Sunday of every October has been designated as "Caring day" by the project agencies. The House Captain system, which has been further developed and refined in other five CIIF projects of the project teams, has become a much adopted model in other CIIF projects other than the Southern District. Over the past decade, more than 40 CIIF projects have applied the model and almost 1,000 House Captains have been recruited. The House Captain Movement has also been initiated this year by the CIIF to celebrate its 10th anniversary. In collaboration with the Lingnan University, the project has developed the Caring Index for the purpose of measuring the effectiveness of building social capital. The project has undergone two research studies which found that the Caring Index rose from 171 to 214, a testimony to the fact that social capital has been built effectively. 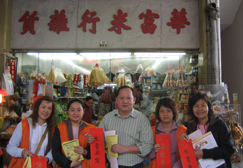 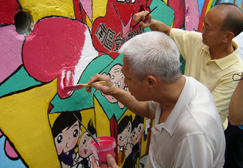